Alyse checks in with our very own Clinton Wilkins to talk about how COVID-19 is impacting the local housing markets across the maratimes and what that means for consumers.

Talking about the local housing market

Alyse: [00:00:00] Well, if you were watching Global News Morning before the pandemic hit, we were doing a series with Clinton Wilkins, senior mortgage adviser. It was called First Time Home Buying 101, because I am searching for my first home. Clinton was helping me out. Unfortunately, because of the pandemic, we had to put that segment on hold. But we thought we’d bring Clinton back. This morning, virtually, because this is really timely. Let’s talk about the housing market currently. When we are facing a pandemic. So with more on that, I am joined by senior mortgage adviser Clinton Wilkins, Hey Clinton. Good morning.

Clinton: [00:00:43] I mean, we’re getting used to the new normal. I think that I’ve never used Zoom or GoToMeeting or Google Hangout or Microsoft teams as much as I’ve. I’ve used it since all this went down. I think we’re becoming better and better with technology every day.

Clinton: [00:00:58] I think it’s really forcing us into learning some new skills. And I think we’re going to come out of this stronger and better than we did before.

Alyse: [00:01:08] More knowledgeable and educated. I can certainly attest to that when it comes to technology if you want to look at that silver lining. Let’s talk about the housing market. You know, I was looking for house. We’ve talked a little bit about this off camera. But you’re saying that the housing market is still pretty strong despite all this. We’ve seen the stock market, of course, take a dramatic turn for the negative. But the housing market, we’re not seeing that same thing. Right. Why is that?

Clinton: [00:01:36] We’re not seeing the prices go down because transactions are still happening. And the kind of the interesting thing with the housing market is transactions are usually set up months and weeks prior to the actual closing date. So the agreements are typically made about 60 days, sometimes up to 120 days prior to the actual closing date. So, having transactions go through every day and every week since everything’s happened, business is still happening.

I think there’s less new transactions happening for the summer months. So I think it’ll be interesting to see kind of what happens after the end of June onward, because I think that there’s gonna be a few less transactions going on.

I did hear a stat the other day that listing’s in Halifax and surrounding Nova Scotia were down 80 percent over the same period last year. So I think less people are putting their homes up for sale. But I can tell you, there’s still a ton of buyers out there we’re pre-approving people every day. So we certainly have a lot of people out there with pre-approvals that are looking to buy new homes. But there is a limited amount of ImageWare on there. And I think once things get back to normal, it’s going to be gangbusters.

I think we’re going to have a very busy late summer into the fall and maybe busier than we normally get, because right now the spring market is typically the busiest market of the year and we’re not seeing that happen as much. But I think the prices are still going to be maintained because there’s only so much inventory out there.

Alyse: [00:03:03] Right, in summer, as you said, it’s typically a pretty slow period anyway for this part of the world. For the Maritimes when it comes to buying homes, selling homes. So you’re thinking once this is over and hopefully that will be May, June into July. And then as we see the summer start to end, then it’s going to be a bit of a free for all.

Where is the market headed?

Clinton: [00:03:22] I think it could be a free for all. I can tell you that lenders are still lending. So if borrowers have a job and they’re still working, there’s no problem getting you an approval. I think there’s a misconception that it’s more challenging to get a mortgage now than it was before. Just with everything that’s going on. But, you know, if you’re still working, we have no problem. We’re doing approvals every single day. So now it’s a just as good a time as any. And I think in some ways we’re actually seeing more pre-approvals than we normally would because people are at home and they’ve a little bit more time to think about their finances and their dreams of homeownership.

Alyse: [00:03:57] Maybe they’re saving more and more now than we ever had in. And we’re saving more money. I find anecdotally, I’m noticing between me and my family, my friends, we’re all saying, you know, we’re not spending as much money because we’re not going out to restaurants. We are trying to, of course, support local when we can. But we’re not doing that. Going out for the night, going to movies. So perhaps that is a reason why people are having that extra that extra income and able to perhaps use it on those bigger purchases.

I myself, thankfully so grateful I am still employed. I am looking for a house, so I fall into that bracket you just talked about. What would be the benefit for me right now to purchase a home in the next few months during this pandemic, if I can find a home that I like.

Clinton: [00:04:41] Well, I think there’s less maybe buyers they’re going to look at home. So I think that could be a bit of an advantage. So, you know, if there is something that’s on the market that suits your needs, I think now it’s just a good a time as any. And the rates are pretty darn low.

Clinton: [00:04:57] Yeah. The interest rates definitely are low. I mean they’re not at all time lows, but, you know, you can still get a great rate under 3-percent. And anyone who had a rate hold or a pre-approval even before all this went down, the rates were even lower. So you know, transactions are still happening. And I think in your case, it’s a great time to get there and have a look. I can tell you that licensed real estate professionals are still showing homes and then, you know, they’re being very innovative as well. They’re doing it over face time and are doing virtual showings. And I think that’s kind of cool. You know, I think it’s bringing us into the 21st century. And, you know, transactions are still happening.

Alyse: [00:05:34] Clinton, you mentioned that interest rates were actually lower prior to this pandemic. Why are they a little higher now?

Clinton: [00:05:42] Well, although the Bank of Canada lowered the key rate, it’s now down to 0.25%, which has translated the prime rate into 2.45%. The spread of prime has been eroded. So majority of mortgages prior to everything that happened, we were doing mortgages at prime minus 100 basis points. So A at that time was 3.95%. And we were giving 100 basis points off of prime. So a good variable rate mortgage was about 2.95%.

Today, the prime rates been reduced to 2.45%. That majority of new mortgages are being done at prime. So that discount has been eroded. The cost of funds, the banks have had become more costly. So because of the what’s happened with the stock market, there’s been some liquidity issues and it’s really driven up that cost of funds to lend people a new mortgage. So, even if we’re looking at fixed rates and now variable and fixed move completely independently of each other, but a really great fixed rate prior to everything that’s happened was maybe 2.34%, for a five year insured mortgage on twenty five years. Now, a really great fixed rate is somewhere around 2.64%, 2.74%, or 2.84%.

So we definitely saw a bit of a spike, about 50 basis points in those fixed rates. And I think about one hundred basis point increase in spread on the variable rate. So definitely some changes in the pricing. But let’s be honest, a mortgage rate under 3-percent, I think it’s still a great rate.

Alyse: [00:07:10] Do you think rates will continue to fall now. They will they fall even more in the next couple months?

Clinton: [00:07:14] I don’t know. I think we’re nearly at historic lows and the government has pumped so much money into the economy. It’s really going to depend on what happens with inflation. I can tell you in February, even before really things started slowing down, inflation was down. So that was a reason to lower that prime rate, to increase the spending. And obviously now less people are spending than they were before. I think you spoke to it, you know, we’re shopping less, maybe we’re going out to eat less than we were before. People are saving more money. So one of the reasons that they really did lower that key rate was to spur the spending. And they want Canadians to still put their money back into the economy.

Clinton: [00:07:58] Well, I think that homeownership is part of Canadian dream. We’re at home more than we ever were before. And, you know, buying a home and getting a mortgage in 2020 is still possible. And I think seeking the advice of an unbiased mortgage professional is more important now than it ever has been. Because, there’s many bank branches that have closed or reduced their hours. So, reach out to an unbiased mortgage professional. They have access to a variety of different lenders and certainly are there to help you.

Clinton: [00:08:29] We are doing this every single day. So, certainly reach out to me or someone in your community.

Alyse: [00:08:36] Clinton, thanks so much. Clinton’s also a good friend of mine, so it’s good to see you. And I’m glad you’re doing OK. And I look forward to see you seeing you in person.

Looking for more information about the local housing market, or other mortgage application advice? Feel free to contact us here!

Sign up here to get the latest news and updates from Centum Home Lenders.

You can unsubscribe at any time. 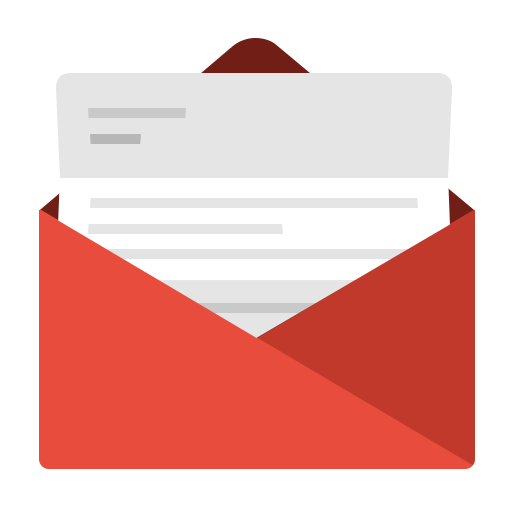